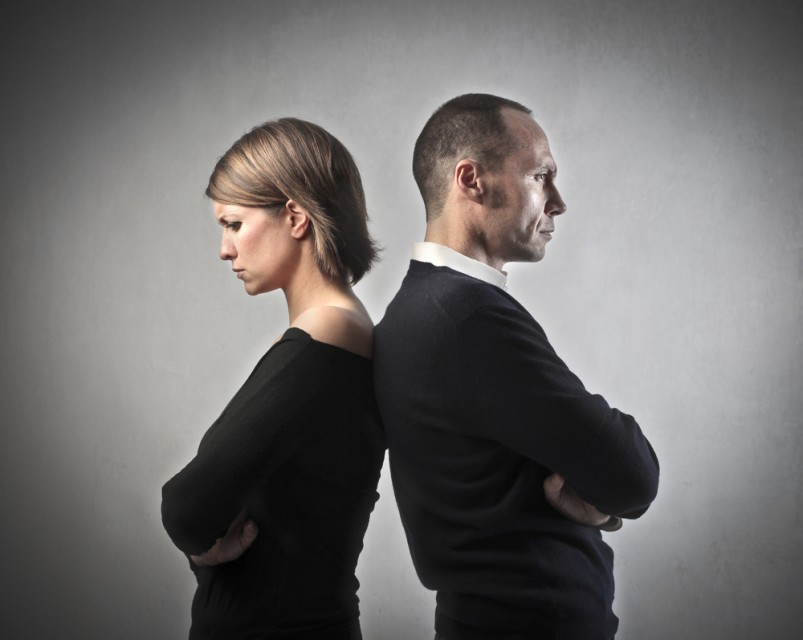 Marriage is hard work, period. But it turns out there are a slew of surprising things that can make it even harder. Relationship experts call them divorce “risk factors.” Like risk factors for heart disease or breast cancer, these traits and habits don’t cause divorce, and by no means do they guarantee that a marriage is headed for trouble. They simply raise a couple’s odds of splitting up.

Many of the factors (like how attractive you are, or the sex of your first-born) are things you have no control over. But taking steps to strengthen your relationship is never a bad move. That could mean making little tweaks (like exercising together, and banning phones at dinnertime) or doing some heavier lifting — such as adjusting your financial expectations, or learning to communicate better.

Your parents got divorced

Divorce is more common among children of divorced parents. But a new study in Psychological Science suggests this may have more to do with nature than nurture: The researchers examined data from nearly 20,000 adults who had been adopted as kids, and found that the patterns of marriage and divorce were more similar to those of their biological parents, not their adoptive ones.

“A lot of the scientific evidence to date has suggested that seeing your parents go through a divorce contributes to your own propensity to experience divorce yourself,” author Jessica Salvatore, PhD, assistant professor of psychology at Virginia Commonwealth University, told Health in a prior interview. “But those studies haven’t controlled for the fact that those parents are also contributing genes to their children. By looking at adopted children, we’re able to separate out the genetic factors and the environmental ones.” The genetic link is likely due to inherited personality traits like neuroticism and impulsivity, which are in turn linked to a higher chance of divorce, she said.

If enjoying a bottle of wine together is your idea of a perfect date night but your spouse prefers to stay sober, it may cause some problems down the road. In a 2014 University of Buffalo study, researchers found that among couples in which one person was a heavy drinker and the other wasn’t, 45 to 55 percent got divorced before their 10th anniversary. Meanwhile, when both partners — or neither partner — drank, only around 35 percent of couples split up.

You got married young

According to conventional wisdom (and concerned parents of college sweethearts), the longer you wait to get married, the stronger your bond will be. The latest statistics paint a somewhat more complex picture of the ideal age to get married; but tying the knot in your teens and early 20s still seems to increase divorce risk, compared to getting hitched in your late 20s and early 30s. But waiting just a little longer — until after age 32 — may once again raise your divorce risk, according to an analysis from the Institute of Family Studies.

This might help explain some shocking celebrity breakups: Good-looking partners have a harder time staying together. The authors of a recent paper published in the journal Personal Relationships found that physical attractiveness was indeed linked to a higher likelihood of getting divorced. In a series of four studies the researchers determined that both regular people and celebs were more likely to split if they scored higher on scales of attractiveness. Hotties were also more vulnerable to temptation than more average-looking married folk.

This might help explain some shocking celebrity breakups: Good-looking partners have a harder time staying together.

You shelled out big bucks for your wedding

A wedding that breaks the bank might also break the marriage. Emory University researchers found in a 2015 study that women whose weddings totaled more than $20,000 were 3.5 times more likely to get divorced than women whose weddings cost between $5,000 and $10,000. Men and women who spent less than $1,000 on their nuptials, on the other hand, were the least likely to get divorced.

You didn’t waste any time getting pregnant

How quickly you have a baby may affect how that union plays out. According to data from the United States Centers for Disease Control and Prevention (CDC), women (in a first marriage) who waited to have a baby at least eight months after their wedding day were more likely to make it to their 15th anniversary than women who had a baby before the big day or within the first seven months.

Your first kid is a daughter

Statisticians have long noted a higher rate of divorce among couples with a firstborn daughter compared to those who have a son. The findings have been interpreted over the years to reflect a sexist preference for sons on the part of fathers ― a simplistic generalization that isn’t panning out in newer research. A 2014 study published in the journal Demography suggests that rocky marriages–the kind that may already be headed for divorce ― might actually produce baby girls thanks to a concept known as the female survival advantage. “Girls may well be surviving stressful pregnancies that boys can’t survive,” study co-author Amar Hamoudi said in a statement. “Thus girls are more likely than boys to be born into marriages that were already strained.”

Earning at least a bachelor’s degree has been linked to a longer and stronger marriage. A 2012 National Health Statistics report from the U.S. Department of Health and Human Services showed that women and men who completed college had a 78 percent and 65 percent chance, respectively, of their marriages lasting at least 20 years. Women and men with a high school diploma had just a 41 percent and 47 percent chance of the same marriage duration. Women and men with some college education but not a bachelor’s degree had a 49 percent and 54 percent of a marriage lasting two decades.

You were raised without religion

Women who grew up in religious households are more likely to stay with their spouse than women without a religious upbringing. According to 2012 National Health Statistics data, protestant women had a 50 percent chance of their marriage lasting 20 years. Catholic women had slightly higher odds at 53 percent. And women raised in “other religions” had a 65 percent chance of staying married that long. Women who were not raised religious had only a 43 percent chance.

You’ve been divorced before

A second or third marriage isn’t doomed, but your odds of lasting for the long-haul are slightly lower if you’ve been married and divorced before. About 35% of first marriages end within 10 years, while about 40 percent of second marriages end within that period, according to CDC data. But of course sometimes, the second or third time’s the charm.

Previous Article: Gildin Divorce Law Firm - Everything You Need To Know About Starting Over After Divorce
Next Article I Got Divorced At 37 And Never Expected What Came Next - A beautiful turn of events.