I Got Divorced At 37 And Never Expected What Came Next – A beautiful turn of events. 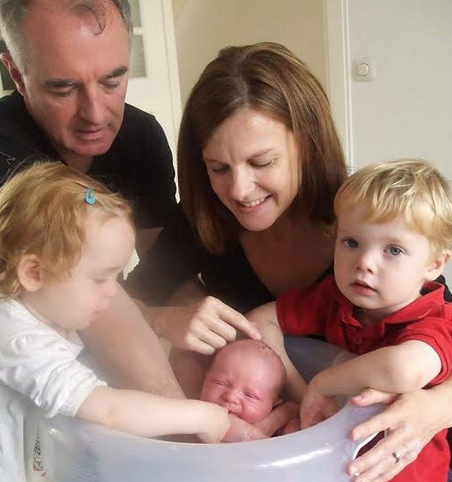 After 12 years, journalist Tracy Brown Hamilton and her husband both realized they’d become “really good friends” struggling to hold their marriage together.

At age 37 and with no children between them, Brown Hamilton and her husband decided to split.

“Within six months of our parting, we had both realized how happy we were with the decision and the gamble we took,” the writer told The Huffington Post.

Below, Brown Hamilton tells us more about the beautiful turn of events that unfolded after the divorce.

“My ex-husband and I ended our marriage over a beer, a decision we avoided for a while and for which we were both relieved — and sad and scared — to have reached.

I was 37 and we were living in Haarlem, in the Netherlands. We had no children — something I was never sure I wanted — but when you divorce at 37 it’s hard not to consider that you are closing the door on having a family.

Tracy in Paris a few months before her marriage ended.

After twelve years of what began as a romantic adventure but had started to feel like a Tom and Jerry cartoon, I thought perhaps I was too selfish to be a good partner.

Being single for the first time in what was then a third of my life, my options felt head-spinningly limitless. I could go anywhere and do anything. But mostly I sat alone on my balcony, drinking wine and smoking cigarettes.

A friend of mine — my first boyfriend, actually — was living in Shanghai at the time, and offered me his apartment while he traveled for the summer. He mailed me his keys and, in a bit of a mental fog, I went to China.

I did my best to be adventurous and open — sort of an Eat, Pray, Love cliché — but after a few days, I found myself sitting on my friend’s balcony, drinking wine and smoking cigarettes.

My only epiphany on that trip was that I wanted to go home. Ending my marriage didn’t necessitate a complete life overhaul; it just meant I had to get on with the new normal.

I returned to Haarlem, and on my first day back to work, I got fired. I spent a day in bed staring at the ceiling, wondering if truly I would end up living in my sister’s attic after all.

An English-language editor in the Netherlands, work possibilities were limited. A friend — a 50-year old Irish man— suggested I contact former colleagues in the states, and by the end of the week I had enough freelance work to sustain me.

And I got reminders from friends and former colleagues that I was competent, capable, resilient.

My Irish man and I started what we eventually called dating, but what was mostly going for walks and experimenting with cooking. We binge-watched HBO’s ‘Rome.’ We discovered and embraced our domestic selves.

I got divorced at 37, and by 40 was remarried, had launched a journalism career and had three beautiful children.

Divorce also enabled my ex and me to like each other again. We’re friends and I’m grateful.

For me, divorce at 37 meant I was equipped with enough ‘past’ — in the professional, relationship, and general maturity sense — to land on my feet, while still having enough ‘future’ to take life in a new direction.”

Previous Article: 10 Things That Make You More Likely To Get Divorced - By Sarah Klein
Next Article Jose Reyes swings, misses when asked in court how many daughters he has