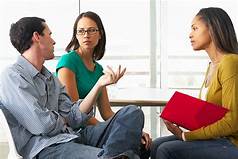 There is a movement in New York to require all people that have children who
are divorcing to complete a parenting program. Although it may be deemed a laudable
goal, a mandate of this sort, simply stated, is a bad idea.
The right to be a parent is a fundamental and cannot be abridged but for extreme
situations. According to the Federal Courts, including the Supreme Court :
Parents have a fundamental constitutionally protected interest in
continuity of legal bond with their children and are so fundamental, as to
be guaranteed protection under the First, Ninth, and Fourteenth
Amendments of the United States Constitution.

A once married parent who is separated or divorced from the other parent
and is no longer living with his child cannot constitutionally be treated
differently from a currently married person living with his child.
Even when blood relationships are strained, parents retain vital interest in
preventing irretrievable destruction of their family life; if anything, persons
faced with forced dissolution of their parental rights have more critical
need for procedural protections than do those resisting state intervention
into ongoing family affairs.

How then can a person be subjected to a parenting mandate just because they
will no longer be married ? Is the government somehow concluding that a divorcing
parent has inferior parental skills to that of a parent who has not entered the court
system ? What about the poor parenting of other millions of other people ; those who
treat their children badly ; those who have nothing at all to do with their children ?
Clearly, such an obligation is discriminatory and unconstitutional and should not
be enacted. If the government wants to legislate how one raises their child, then they
must create a set of licensing requirements to become a parent in the first place.
Which of course, the government would never and should never do.