Under the new Trump tax reform, the 75 year old deduction for alimony payments
are out. In any divorce case that starts after 2018, the spouse paying alimony can no
longer deduct it, and the spouse receiving the money no longer has to pay taxes on it.
Previously, it was reversed. 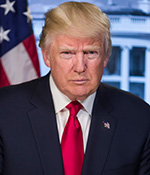 Example Before the Change:
Spouse A now pays and deducts $30,000 a year in alimony. Spouse A’s income is
federally taxed at 33 percent, so the deduction saves him $9,900.
Lower-earning Spouse B owes taxes on the alimony at a 15-percent rate, paying $4,500
instead of the $9,900 that would be due at Spouse A’s rate. The two have saved $5,400
between them, and Spouse A got a break that makes the payments more affordable. Here, the spouse paying wins and the spouse receiving the money and the IRS lose.

Example After the Change:
Spouse A cannot deduct $30,000 a year in alimony. Spouse A’s income is federally taxed
at 33 percent, so they end up paying $9,900 in taxes to the government.
Lower-earning Spouse B pays zero tax on the $30,000 they receive in support.
Here, the spouse receiving the money and the IRS win and the spouse paying support
loses.

Why the Change ?
The government has a long standing, but unwritten policy that favors marriage and they
did not want to continue to make divorce attractive in any way. Noted Divorce Attorney Steven Gildin, however, said that is a fake justification, stating that “this is not about the
promotion of marriage – it’s simply a way for the government take raise taxes.” Attorney
Gildin seems right, as the new measure is expected to generate $6.9 billion in new tax
revenue over 10 years.

What is the downside ?
Some fear that without the deduction spouses won’t agree to pay as much. Attorney
Gildin, however, largely dismissed that concern, stating that “it is very rare that a tax issue
will break down a divorce settlement – it is not going to have any impact on the rate of
divorce, as people do not stay in miserable marriages for tax considerations.”

Previous Article: New York to require all people that have children who are divorcing to complete a parenting program
Next Article Psychology Forensics For Custody